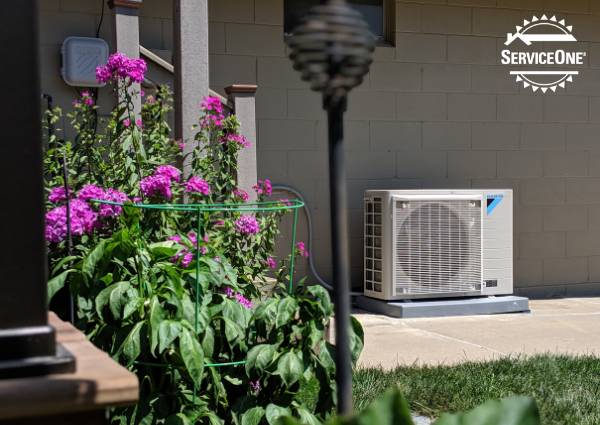 It was a cold Monday morning in February, and Harry N. from Papillion, NE, awaited his appointment with a local HVAC company. His 21-year-old heat pump had finally called it quits. Because of the extreme temperatures in the Midwest, Harry knew that he didn’t want to replace his current system with another heat pump. Instead, Harry wanted to pair an air conditioner with a gas furnace.

ServiceOne, the HVAC company that was coming to bid Harry a new system, was not his first, and it certainly wouldn’t be his last. Harry had done his research and received bids on almost every major brand in the industry: American Standard, Bryant, Carrier, Lennox, Rheem/Ruud, Trane, and Daikin.

Although it took a while for Daikin to break into the U.S. residential air conditioner market, Harry had spent time in Europe and was familiar with the brand. After acquiring the U.S.-based company Goodman in 2012, Daikin became the world’s top HVAC manufacturer. Daikin Texas Technology Park near Houston, Texas, has a footprint of 4.23 million square feet under a single roof. It is the third-largest factory in the United States.

When the comfort advisor, Justin H., from ServiceOne arrived at Harry’s home, he bid him an HVAC system that nobody else had offered. The Daikin FIT System. Unveiled last September in Las Vegas, NV, the Daikin FIT is a new, sleek and compact low-profile HVAC system for residential applications.

“We communicated for about six weeks via email as I was making my decision. [Justin] never failed to return my email. [During this time] I studied the Daikin FIT system.”

“After all my research and the help that Justin provided, [ServiceOne was] the only company who understood the Daikin FIT system, that I could find.”

“I live in a multi-level home and what was most disappointing with our old unit (Single-Stage: 100% on or 100% off) was that there were hot zones in the house. The bedrooms upstairs over the garage were almost impossible to cool. The Daikin FIT system solved our cooling needs. Don’t let the small footprint of the outside unit fool you. It works well and is the quietest unit I have ever heard. I feel the Daikin FIT system is the best value in this category on the market. It also has the best warranties.”

The Daikin FIT system is a mid-range/low high-range system. When we asked Harry how the price of ServiceOne’s mid-range products measured up to our competitors, here’s what he had to say:

Daikin claims that the Daikin FIT system’s inverter technology can help homeowners enjoy energy savings of up to 30%. Harry finally decided to get his system installed in May of 2019, so we asked him how much energy he saved in June of 2018 compared to June of 2019. Here were his results:

“The first-month savings were $52.30, with far greater cooling and comfort.”

“Along with the energy savings, we are extremely comfortable in our home. It is comfort we have never experienced before. I don't know how to calculate that in dollars or value. We love the Daikin FIT system and its performance.”

For Harry, ServiceOne and the Daikin FIT system were simple solutions for his heating & cooling needs.